Wing Chun is a Chinese martial system, created - according to legend - by the Shaolin nun Ng Mui some 350 years ago as an answer to a simple question: "How to secure the martial objective, if one is smaller, weaker and slower than the opponent?".

The theory of Wing Chun is highly sophisticated and simple at the same time. The style is as hard as it is soft, it is as external as it is internal, it is as much Yin as it is Yang. And the system's uniqueness lies in the fact that it is principle-based and therefore goes beyond just the martial aspect of the art and places the system at the peak of martial arts, as a unifying theoretical multidimensional system. The theory of Wing Chun lies upon the deep understanding of the uniqueness of Chinese philosophical concepts. These concepts are highly pragmatic in nature, and can be therefore applied to many different arts, including martial arts. The principle of Safe Efficiency is the uncompromisingly unifying intention behind Wing Chun's theoretical framework. The theory is built around the simple idea of maximizing human body potential to secure the Martial Objective. The Wing Chun system was designed to be applied in real life situations where life is under threat, and for this reason it cannot be applied properly in combat sports setting, where intention is to gather points while complying with the restricted and well-defined rules and code of conduct. Rules are necessary in a sport setting in order to prevent irreversible injuries and/or even death, hence combat sports cannot reflect real life combat situations, where intention is not to gain points, but to survive. If it is applied within the boundaries of sport rules, it loses its greatest advantage - its uncompromising efficiency. Wing Chun - its theory & application - as taught by Frank Häberlin is the synergy of all his martial arts’ experiences from the last 30 years, condensed and distilled down to pure functionality based on laws of physics to back it up scientifically. It is a problem-solving art, straightforward yet sophisticated.

It’s about making the system work for you as opposed to the other way around. As the saying goes "in the end the system has to work for you, it has to give you the confidence when needed and the practical skill of keeping you safe". It is not so much about the teacher and the system, because these are means to an end; it is about you as an individual human being reaching his/her full potential in any chosen field. As your teacher, Frank Häberlin will take it as his own personal responsibility to give you the proper guidance along your very own martial journey you are about to undertake. 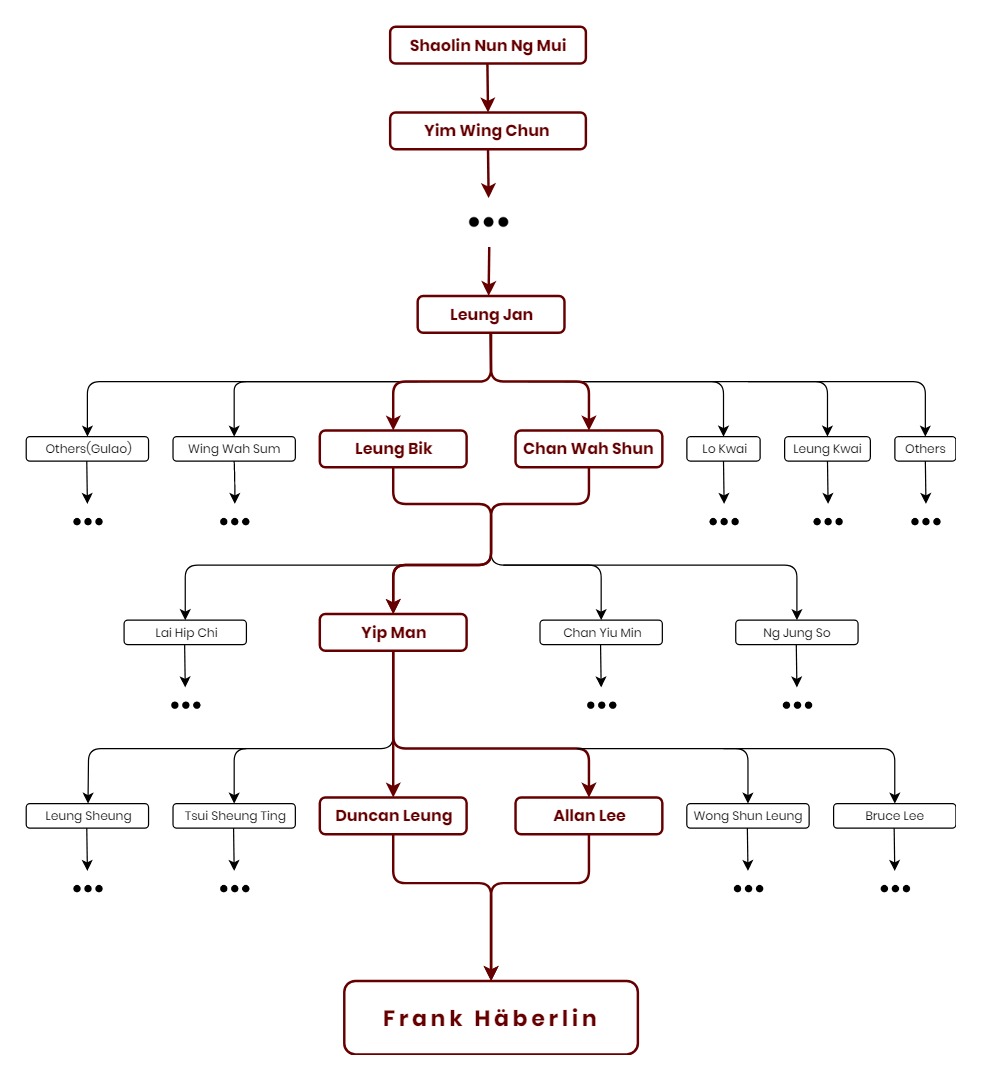